In memory of Neil Williamson and in support of the Motor Neurone Disease Association. 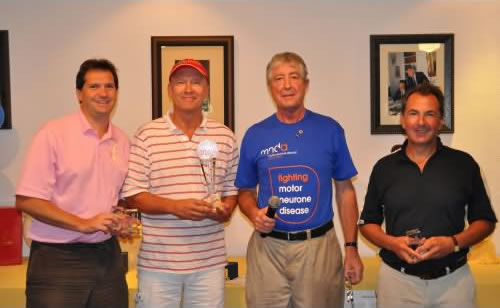 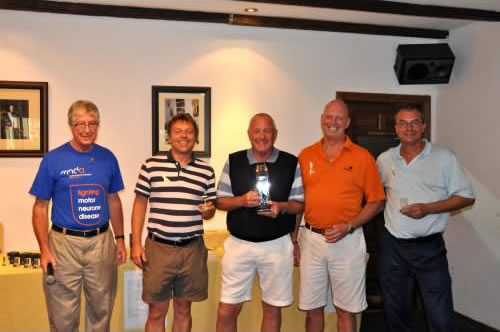 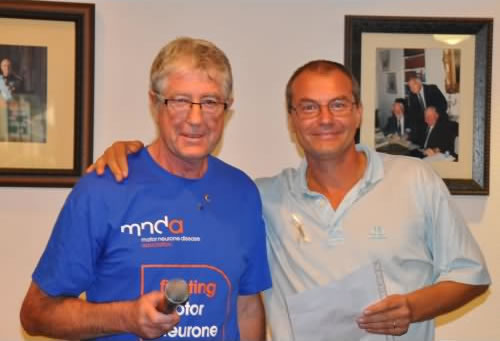 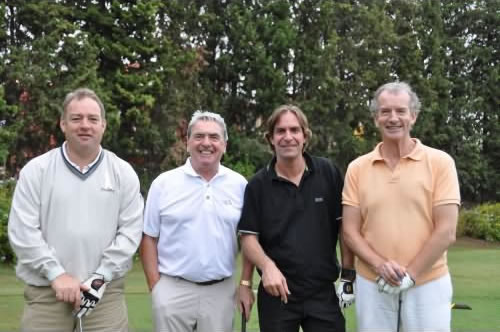 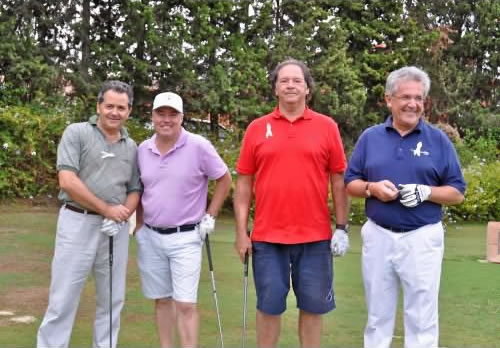 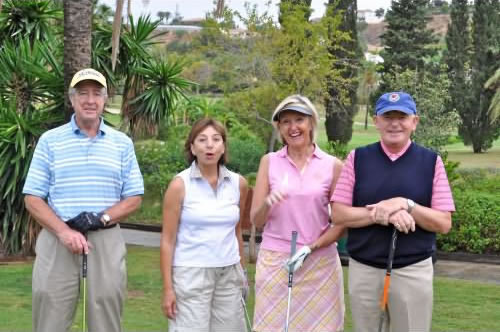 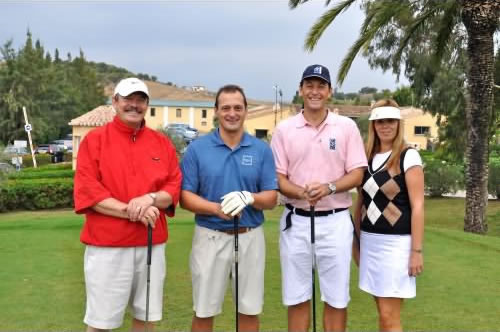 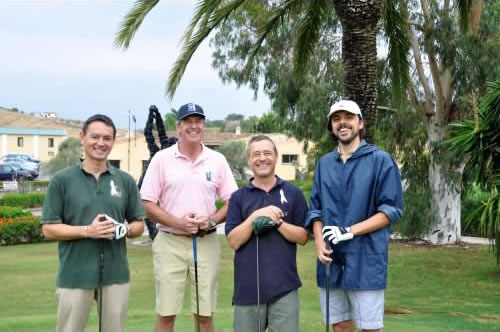 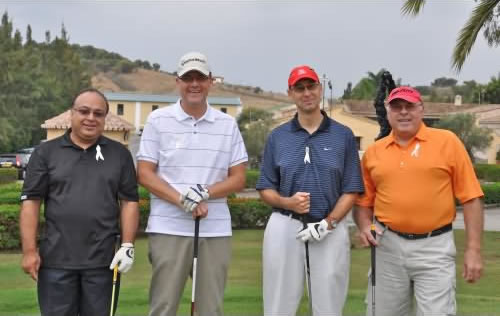 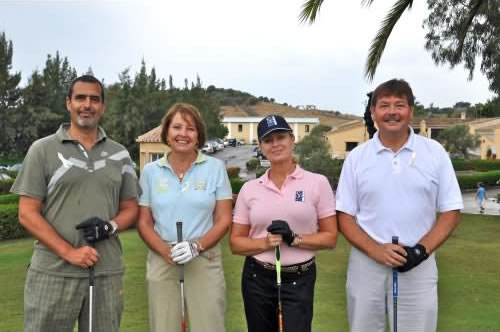 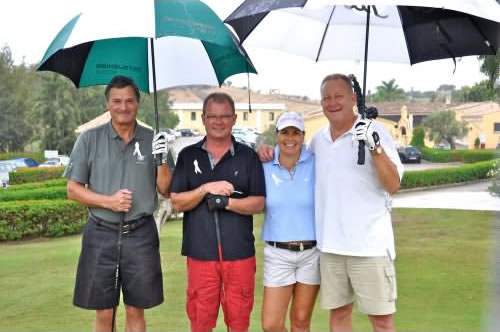 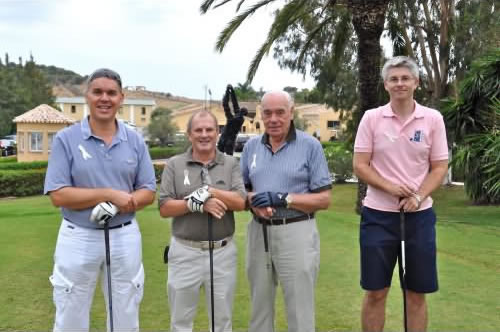 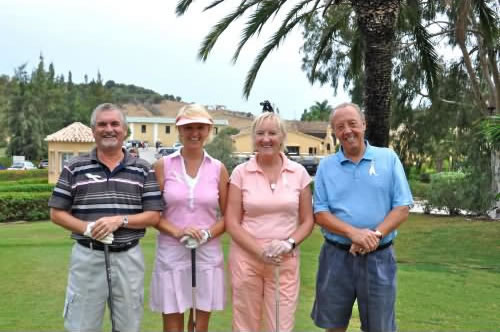 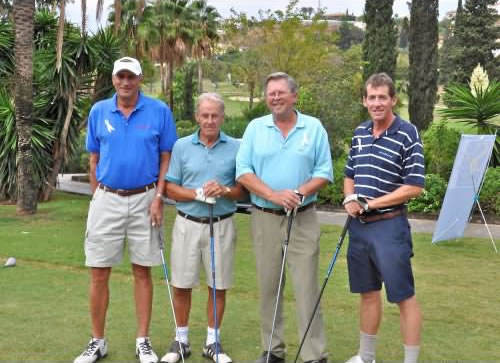 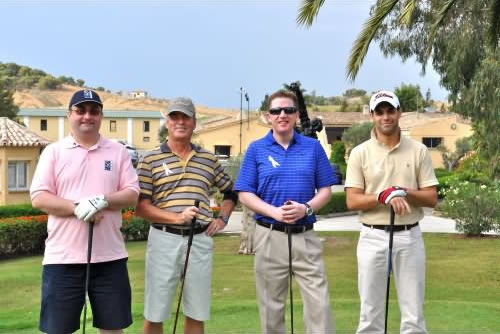 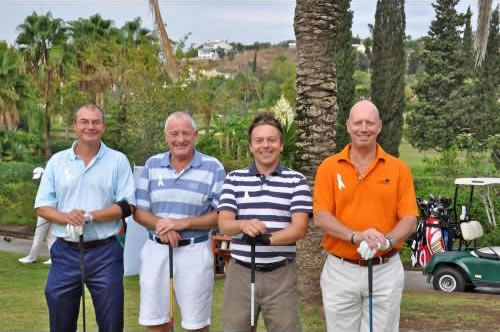 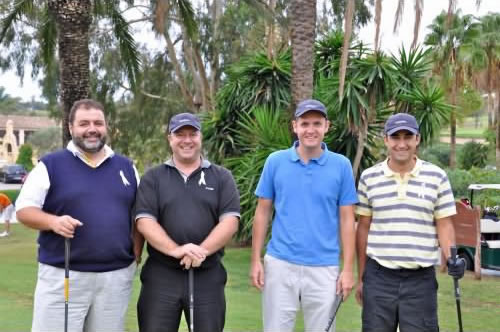 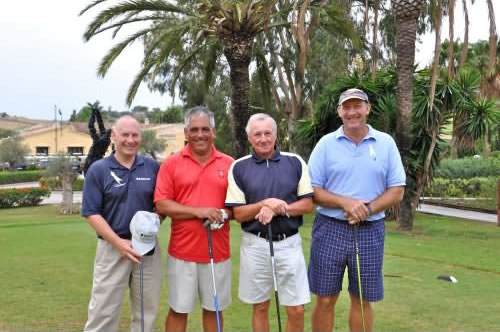 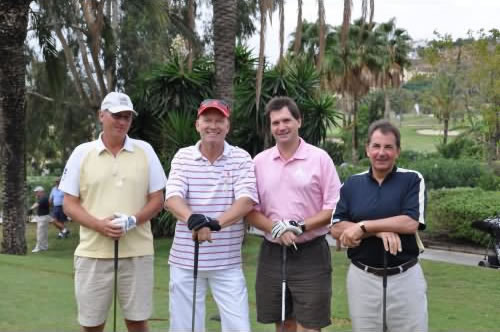 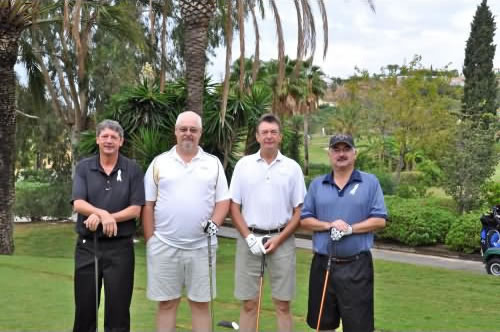 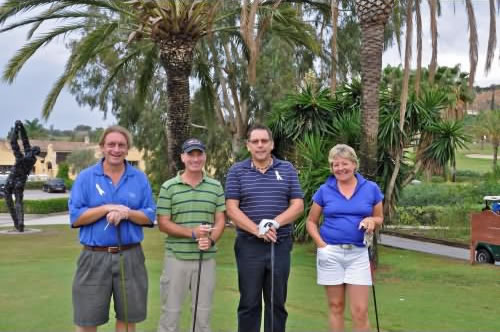 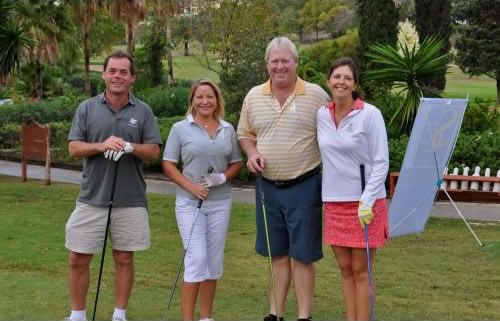 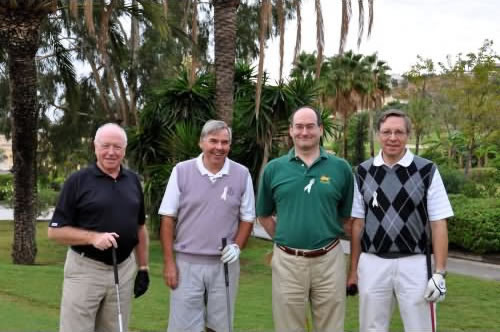 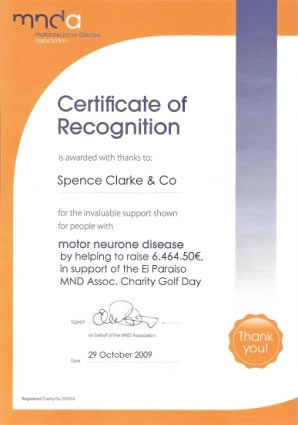 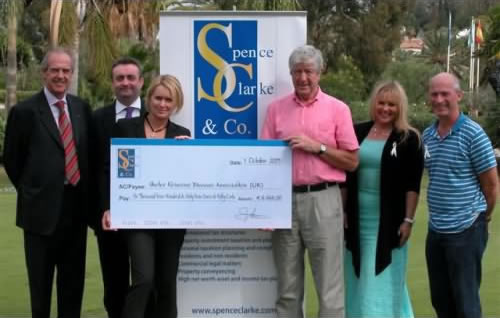 In the words of, well me really, never have so many, been so wet, for so long, I am of course referring to the spectacular downpour which visited the first Spence Clarke & Co. Annual Charity Golf Tournament, held at the El Paraiso Golf Club on Saturday 26 of September 2009, in aid of the Motor Neurone Disease Association (MNDA) (UK). However, despite the heavens opening in an almost biblical fashion, did any of our teams ‘throw in the towel’ – no they did not, are we extremely proud of them – yes we are! Many of the players have said that it was one of the most fun golf days they had ever experienced and we can see why, everyone involved rose to the challenge, from the organizers and helpers to the golfers (and in some cases this term is used quite loosely – you know who you are), everyone seemed to be, despite the downpour, in extremely high spirits.

The grown up golfers, positively flew around the course, impressing all who saw them, not only with their golfing skills, but also their meteorological skills, with the majority of them making it back to the club house before the down pour began. Many of us, however, did not have such skills, in either category! This brings me to the Spence Clarke Teams, it would be rude not to mention them; my own team “The Tee Time Tarts” threw themselves with verve and vigour at the 18 holes and, I feel, would have knocked hours off their return time, had they not been hampered by my own kindergarten like golfing skills – I will be better next year!

Both Michael Egan and Thomas Moran were an asset to their own teams and held high the Spence Clarke flag. Miguel Angel was equally impressive, considering that he took his first golf lessons ever in September of this year. Now, without boring on too much about Spence Clarke, a few words about Alistair’s team (for those of you not keeping up, Alistair is the senior partner). Well what can one say………. I think, and I am sure grown up golfers would agree, that Alistair’s team proved the old golfing adage that ’tis folly to ‘ave team with nowt handicap under 50’ or words to that effect. From their team photograph you would be forgiven for thinking they could actually play the game but, and all credit to them, they gave it their all – 7 odd hours of their all! This, by the way, equates to approximately double Alistair’s usual working day and a course record for the Club. The reception they received when they eventually stumbled onto the 18th hole, from those waiting at the 19th, was memorable, a heckler’s paradise, jeering and laughter echoed down the Coast as those waiting welcomed back the four sodden, shattered, souls.

A huge thank you to everyone who took part whether golfer, would be golfer, organizer, helper, prize giver, sponsor or cash donator – the day was only such a success because each one of you gave your support. A big thank you too, to all at the El Paraiso Golf Club, you were fantastic. Also a huge thank you to Elaine and Pam the official representatives of the MNDA for attending, at their own expense, the day’s event.

Well done to the winners – let’s see if you can retain your crowns at next year’s tournament!

It would be a tad remiss of me not to mention the winners in full, so here goes:

Again, thank you all so much for all your efforts which, as you are probably aware, raised the very respectable sum of 6,464,50 Euros for this worthy cause.

For more photographs, please go to the official photographer’s site proforaday.com where you can purchase all the photographs you want, please remember that 10% of each purchase goes to the MNDA and your further generosity will be very much appreciated.

Spence Clarke & Co specialises in the provision of Spanish tax, legal, audit and accountancy services, mainly to foreigners with interests in Spain. Our cross-border knowledge helps clients adapt to the Spanish system with the minimum of doubt and disruption. If you have any questions about this article or any other matter contact us, with no obligation, to see how we can help you.